Stop the Pink-washing: Demand Foundations Stick to a Preventative Approach

Why is it so hard to invigorate the private sector and breast cancer institutions to take part in a preventative approach to this disease? There are plenty of women I’ve spoken to on social media websites that are very interested in funding the breast cancer vaccine as well as finding out the environmental influences of this disease. Why does the common layperson want to achieve prevention methods while those self-proclaimed “experts” do not follow this brewing movement in the fight against breast cancer?

Today, I learned that the Susan G. Komen Foundation has some interesting partnerships and funding sources, which may be why they are keeping quiet on the potential link between hydraulic fracturing of the oil and gas industry and the rise in breast cancer rates in regions with a prevalent existence of energy exploration firms. Chemicals produced from this process seep into water systems, which has caused an increase in breast cancer rates. 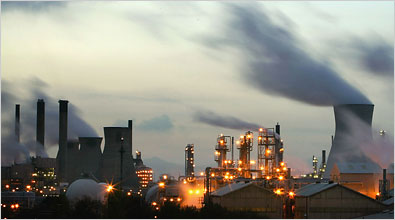 The Komen Foundation is receiving funds from major oil and gas companies, which is just the tip of the iceberg regarding this organization’s malevolent practices. As many know, the foundation attempted to stop funding Planned Parenthood due to pro-life leanings. This move would have taken away necessary screenings from low-income women and would’ve likely brought more death from breast cancer.

To counter the negative press, Komen actually tried to market “pink” handguns! Also, it has been implicated in selling carcinogen-containing perfume as well as buckets of fried chicken in the fight against breast cancer. This pink-washing needs to stop! Women everywhere should look toward other organizations and even work on creating agencies devoted to real prevention of breast cancer.

The Breast Health and Healing Foundation has been devoted to its mission statement: “To Find the causes of breast cancer and use that knowledge to prevent the disease.” Ever since the organization was formed, we have encouraged women to stay healthy and have advocated further research into the breast cancer virus and vaccine.

We believe there's a better way-- and we are going to find it! Join our mailing list to receive the latest news and updates from our team.

You have Successfully Subscribed!