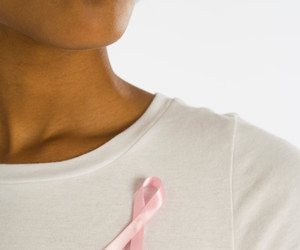 Sentinel lymph node biopsy is a surgical procedure in which 1-3 lymph nodes are removed to determine if breast cancer cells have traveled from the tumor in the breast to the lymph nodes under the arm (axilla). This surgical procedure accurately identifies the node most likely to receive the first breast cancer cells – thus, it is called the “sentinel” node – and requires less radical disruption of the tissues under the arm. As a consequence, there are fewer complications following SNB than seen with the more radical, ALND. A recent study compared the rates of utilization of SLNB among white and black women.

Where was the study conducted?

Dr. Dalliah Black of M.D. Anderson Cancer Center in Houston, Texas investigated the utilization rate of SLNB in black and white women. She examined the SNB rates in women on Medicare who were over the age of 66 and had been treated for breast cancer.

How many women were involved in the study?

Dr. Black reviewed 31,274 women diagnosed with breast cancer. These women were all Medicare recipients and, thus, her data were collected from US government registries. There were 27,856 white women, 1,767 black women, and 1,651 women of other nationalities or races.

One of the major complications of ALND, in which all the lymph nodes under the arm are removed, is post-operative arm swelling called lymphedema. This occurs because the lymph nodes under the arm are responsible for removing fluid that normally accumulates in the arm and then recirculate the fluid back into the central body. Because only 1-3 lymph nodes are removed during SLNB, the incidence of lymphedema is much less common than when the more radical, and unnecessary, ALND is performed.

What were the results of the study?

Dr. Black found that African-American women were 12% less likely to be treated with SNB compared to white women: 62% versus 74%.

Were there any other findings from this study?

Dr. Black found that the disparity in utilization of SNB in African-American women persisted over time; that is, there continued to be a disparity that did not resolve, despite widespread use of SNB among white women beginning in early 2000’s and becoming standard of care by the mid-2000’s.

The utilization of SNB in black women over the age of 66 (Medicare recipients) is less common than in white women: 62% versus 74%. As a result of this disparity, black women are at greater risk of surgical complications such as lymphedema associated with the more radical ALND. Disparities in healthcare resources and delivery between black and white women can take the form of lack of resources and inadequate care, or over-treatment with more radical and unnecessary surgery, as appears to be the case based on data reported in a study conducted by Dr. Dalliah Black of M.D. Anderson Cancer Center. The United States healthcare system will need to make changes in order to close this gap between the two races.

If you’d like to receive more information about breast cancer and find out what the Breast Health and Healing Foundation is doing to battle the disease, please sign up for our newsletter. You can sign up here:  http://breasthealthandhealing.org/im-in/.

We believe there's a better way-- and we are going to find it! Join our mailing list to receive the latest news and updates from our team.

You have Successfully Subscribed!